PRAYING IN THE DEN

This story takes place in the sixth century B.C. Daniel was a smart kid with a bright future, but as a young adult he was part of the exile of the Jewish people taken captive to Babylonia. Daniel was a man without fear, who believed his prayers were for a hearing God and found great grace among his captors. First, he got them to change the menu and serve them healthier foods. He served in the king's court and was elevated to prominence when he interpreted the king's dreams and was put in charge of all the wise men in the land. Daniel's visions and prophecies and stories stood the test of time. He was put in charge of the court and called the president of the land. He was preferred above the princes and presidents because there was an excellent spirit in him. They could find no fault in him; he is trustworthy, not corrupt nor negligent, so they assembled together to trap him with a decree the king would sign and issue stating no man can petition God in prayer for thirty days. Daniel left his windows open and continued to pray giving thanks before God. Because of his rank and office they sought to bring Daniel down. Daniel fell into royal disfavor when he disobeyed the order King Darius decreed for all not to pray or be tossed to the lions. They locked Daniel in the cave, a lion's den, overnight with ferocious hungry beasts, but Daniel continued to pray and was not afraid. He persevered in prayer. God sent an angel to shut the mouths of the beasts and protected Daniel who survived the night, the lions laying down like purring  kittens, and Daniel released into the dawn of the morning to the king, elevated again, really as a witness to the truth and the power of God, and the triumph of prayer, faith, and love over fear. And King Darius issued a new decree to all the people, nations and men of every language throughout the land that they must now revere the God of Daniel: "May you prosper greatly! I issue this decree in every part of my kingdom people must honor the God of Daniel. For he is the living God and he endures forever; His kingdom will not be destroyed, his dominion will never end. He rescues and he saves; He performs signs and wonders in the heavens and on the earth. He has rescued Daniel from the power of the lions." And Daniel prospered because he believes in God!

King Solomon & The Queen of Sheba 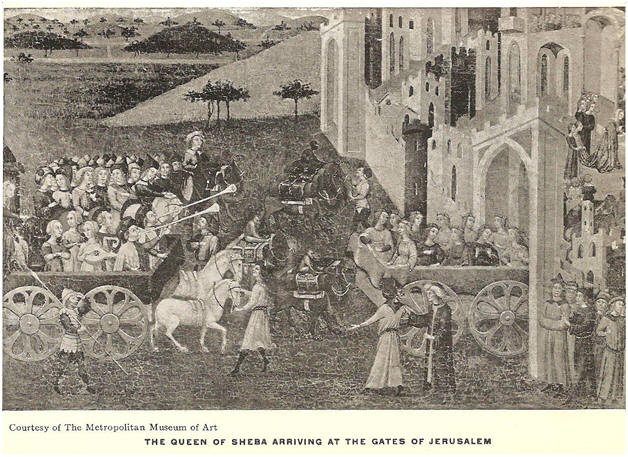 Not since the world began

Yet Solomon talked to a butterfly

As a man would talk to a man"

King Solomon, son of David and Bathsheba, lived in a palace of gold. He had the power to move nations. He had great wealth, good health, unbelievable abundance, riches and fame, but these were not the things Solomon sought the most. He wanted wisdom and understanding, and God grants his wish and his mind is transformed with knowledge, common compassion and sense, spiritual insight, a keen mind, heart to God, and in tune with all of nature. He is calm in the sight of bees, learned to build with trees, watches the caterpillar change and approaches the butterfly with "Thank you" and "Please!", and sets his sights on the birds' flight and stars at night.

"When the queen of Sheba heard about the fame of Solomon and his relation to the name of the Lord, she came to test him with hard questions. Arriving at Jerusalem with a very great caravan-with camels carrying spices, large quantities of gold and precious stones-she came to Solomon and talked with him about all she had on her mind. Solomon answered all her questions; nothing was too hard for the king to explain to her....She said to the king, 'This report I heard in my own country about your achievements and your wisdom is true. But I did not believe these things until I came and saw with my own eyes. Indeed, not even half was told me; in wisdom and wealth you have far exceeded the report I heard.' "

Solomon is in his young thirties, famous for his wisdom and wit, his lavish wealth, his songs and wives. Much has been written about Balkis the Queen of Sheba, Queen of the South. They believed she came from the southernmost point of the then known world. She came to Jerusalem and hung out with Solomon. He's the wealthiest in the extreme sense, good-looking, who had the best of the best and most of the gold yet these were not the things he had sought. When God offered him a gift of his choosing he chose knowledge and wisdom and he was transformed into the wisest of all and these other blessings followed him. How many of you, given a wish for anything in the world, would ask for wisdom? Solomon's fame traveled the commercial world and the Queen of Sheba arrives in Jerusalem with gifts and caravans of followers and is greeted by a cart of Solomon's wives. Some of what's written about the Queen of Sheba is man's speculation but the truth of who she is can be found in the Bible and she is drawn to Solomon spiritually like a story from the Bible, and it would be an awesome study listening to Solomon's commentary. Balkis is different from his other visitors. She brings him gifts of things he has never seen, spices he is smelling for the first time; she is royalty seeking true wisdom and in awe of the magnified magnificent Solomon.

Solomon's wisdom is Divinely inspired. Balkis, the queen of Sheba, follows Solomon's fame seeking an audience with him to test him with hard questions and he responds with quick, versatile, innovative, natural examples, framed in light with "an understanding heart to judge the people and discern between good and evil." There is no hesitation in him for he is spiritually blessed with greater knowledge and deep understanding and insight. Wisdom is the power that discerns and utilizes the innermost truth of things, finds and practically applies whatever is essentially Divine. Solomon expresses this wisdom in many ways, including books, literary compositions, through history and science, and architectural undertakings. Proverbial is the Book of Proverbs. Poetic are his songs and psalms. Solomon is the songwriter of Song of Songs in the Bible. Socratic, by question and answer, are like riddles-"dark sayings" and the interpretation thereof. The Queen of Sheba communes with him and shares what's in her heart. She remains amazed that all she has heard about Solomon's achievements and wisdom are true, exceeding all expectations she had, and her eyes are full of wonder at the splendor she beheld. Solomon's accomplishments and tales of his wisdom spread abroad through all countries and his fame attracts kings and queens to his court to hear his oracular insight, as well as to gaze upon his grandeur. 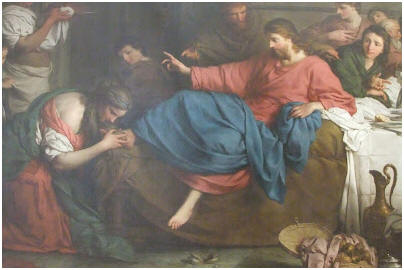 Jesus loved company.
It was the prostitutes and the players, the people of the street, the humble ones that surrounded Jesus.

Mary Magdalene, a beautiful, vain and lustful young woman, freed from her demons by Jesus, became a close friend of Jesus. Mary lay at the feet of Jesus at home listening to him.

Mary was crying
She was standing outside the grave where the dead Jesus lay
When she looked in the grave she saw two angels.
And without a corpse
They Asked
"Woman, why are you crying?"
"They have taken my Lord and I don't know where he is"
She turned around and saw Jesus standing there.
But she didn't recognize him
"Lord," she said, "do you know where they took my love? Tell me and I'll catch him."
Jesus told her
"Mary" and instantly she recognized him
She turned around and shouted
"Teacher!"
Calling her name moves her heart with such a joyful feeling
Jesus told her
“Do not hold on to me now, because I have not yet returned to the Father.

Instead, go with my brothers and tell them

You have seen me

He is alive, with a mission to accomplish." 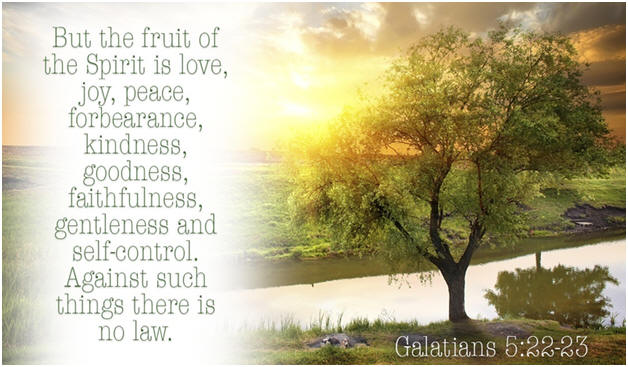