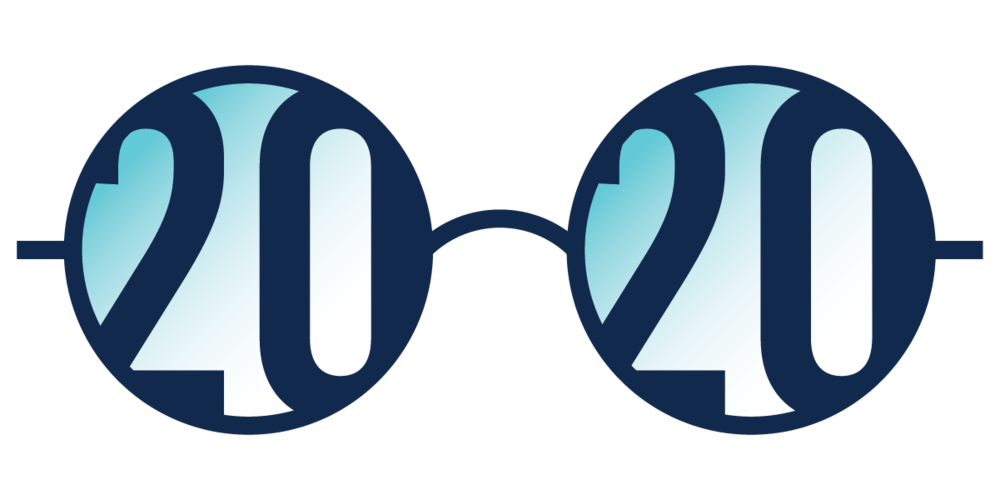 Playin' In The Band continues 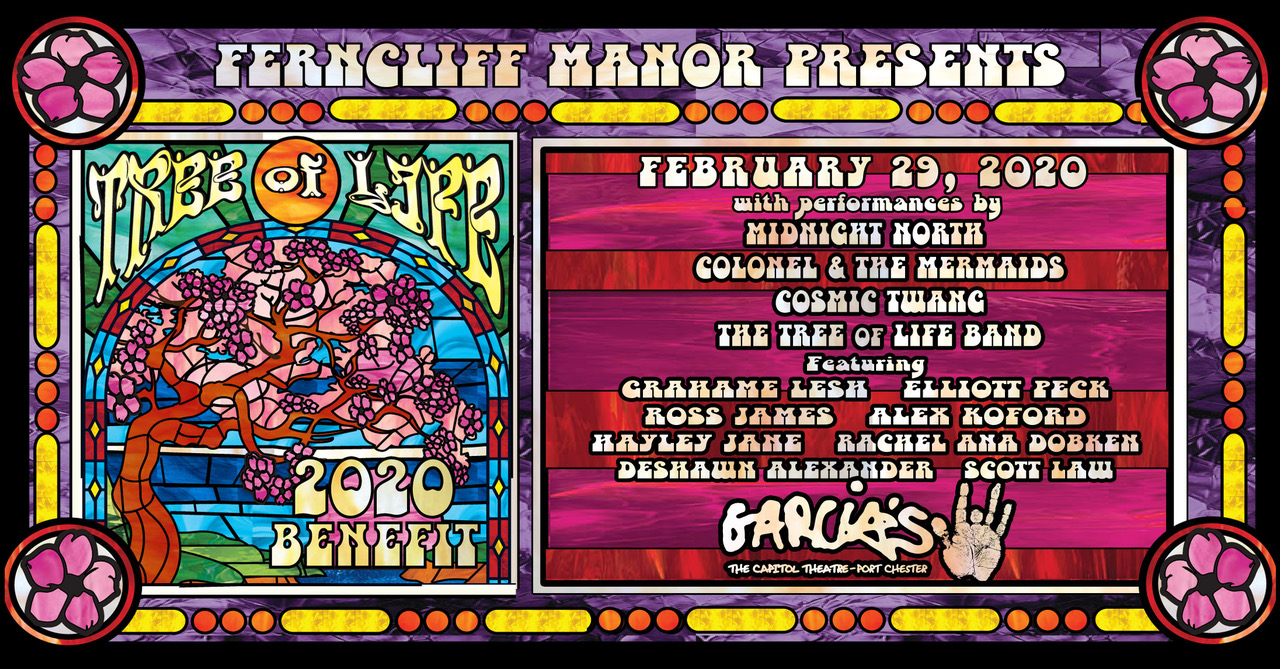 Ain´t no time to hate 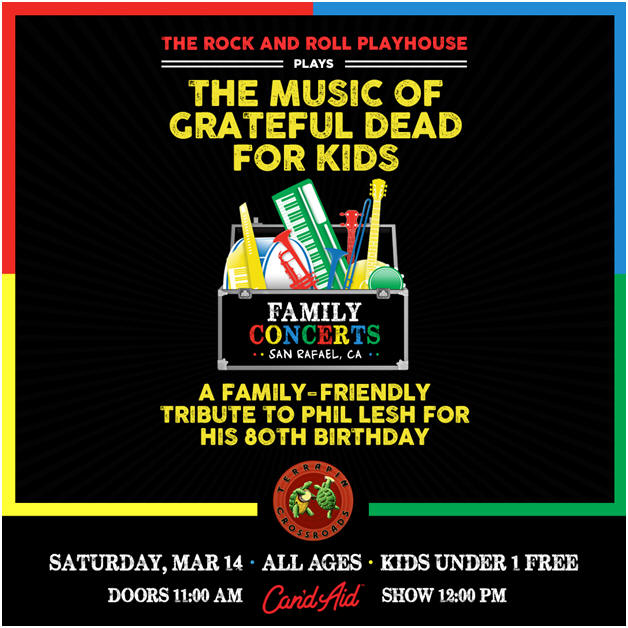 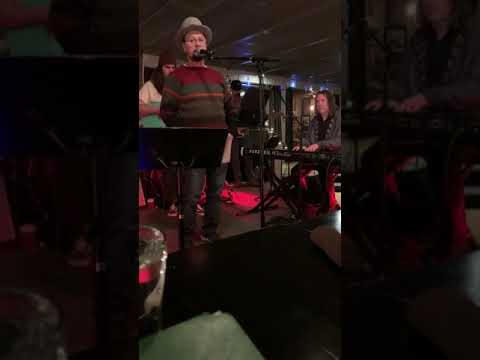 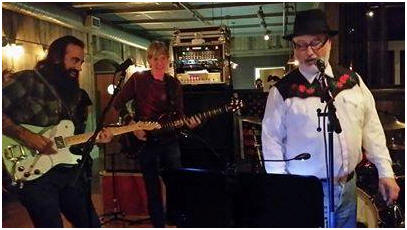 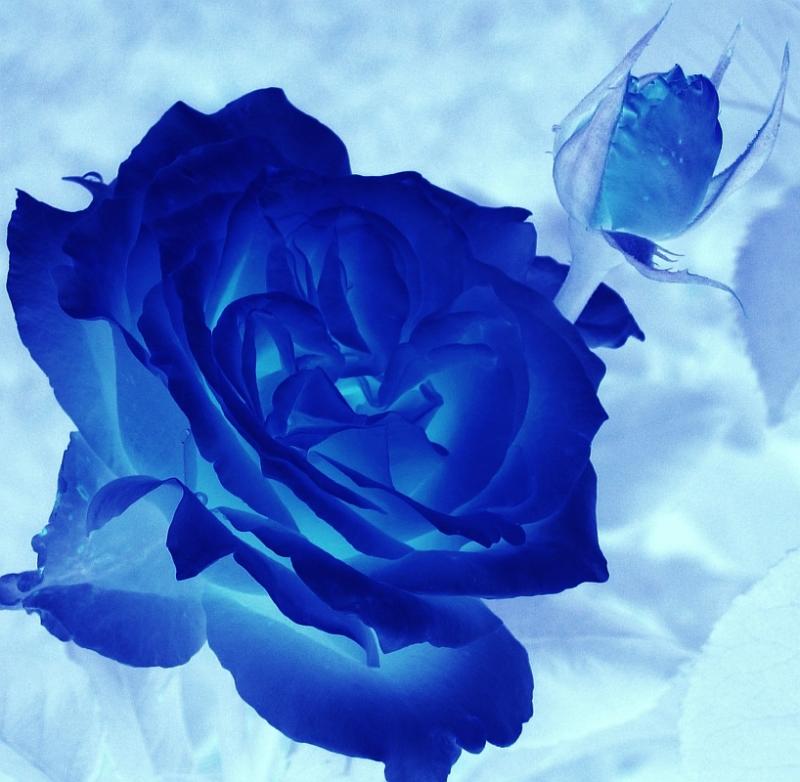 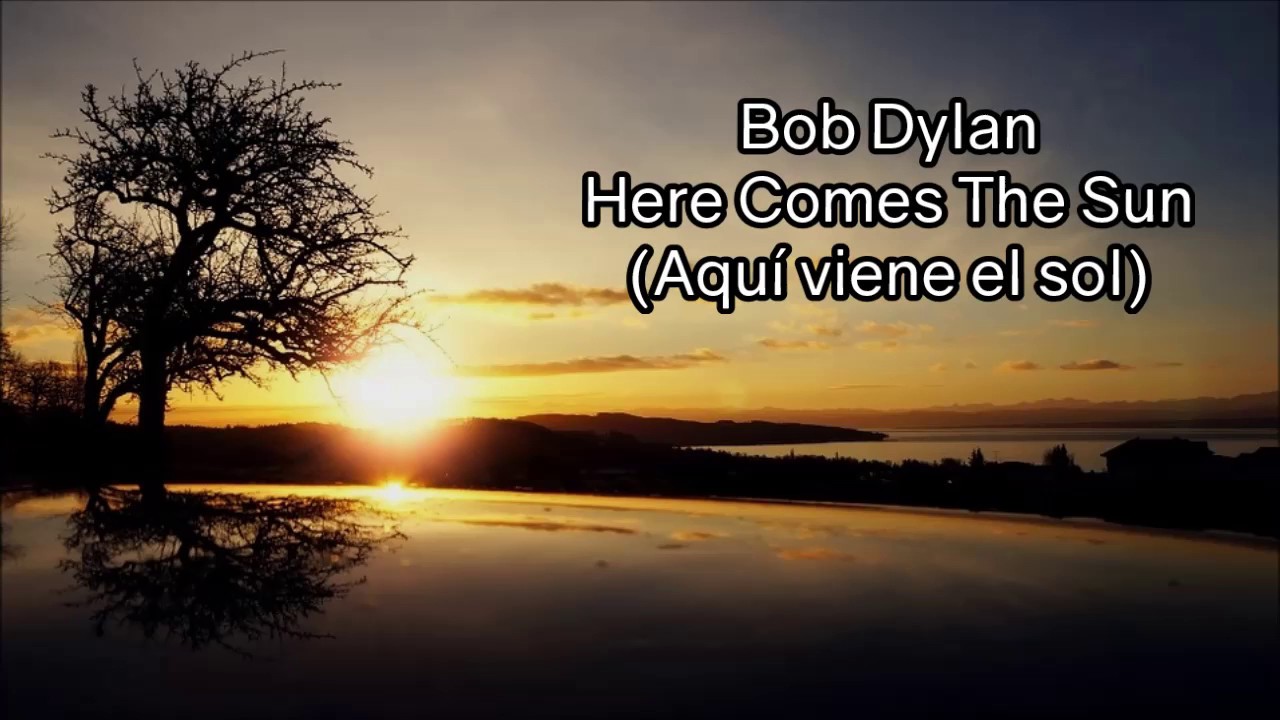 Vision of the dance to make it rain - Part 1

He has vision for a river of time
Who can stop the rain at will?
When you find him, he can make it rhyme
And get even better still
He walks inside the cities teaching ecology
He painted a rose for a masterpiece
And help the blind to see

Sundance is smart
And a man with many faces
But he´s the only one I know
Holding all four aces
Now some say he is a prophet
And some just one man
But I know him as a friend of Jesus
And a child of the desert sand
Asking
How can the most advanced
Civilization of all time
be so far behind
be so far behind?

When the moment comes

Who has seen days as dark as these?
Darkness is like a deafening silence
Living in maladaptive times When the time comes, please wake me up

The tension was deeper than could be written
I don't know how horrible it has been for some
Tonight there is assistance from a distance
Light that shines for our existence
No matter where we go, there will always be
Eternity
Death is an aberration
Enoch tells Elijah in translation
For some it is a journey

When the moment comes
Close to your heart
There is a spirit in us, an inspiration
You can go there and tune in
To the grace of being human
Look around the world now
That appears after a reasonable wait
You can love the light wow
Experience the great
When the moment comes

Do you know the difference
Between freedom for the pursuit of happiness & liberty
There's a place
Where there is no
Disappointment or stress
Only irony
And only success
Does not ask for anything
The world is fragile, you can't deny it
It is a child with a mother
And your sister is like an olive tree that won't fall tonight
The wind will call at night
Pay attention and do the right thing
It is a special moment taking care of your body
Seek the kingdom of God
Coming up
Understand the eyes of love
Produce the fruit of light and freedom
It's not him or her or they or me
Only Jesus can set you free

Remembering with grief and gratitude 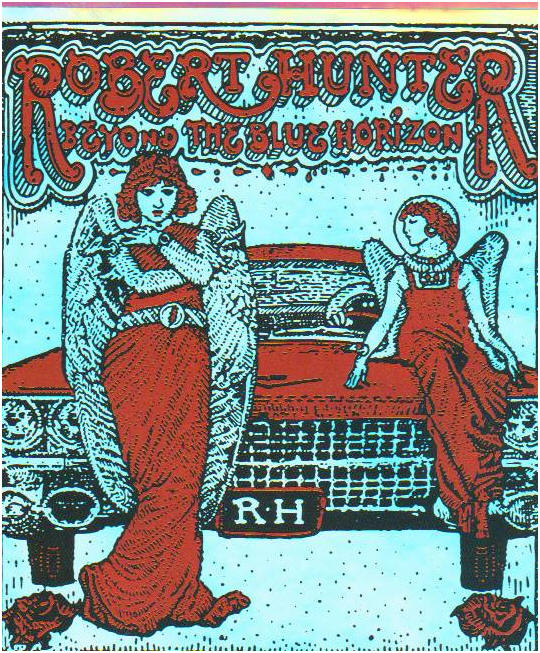 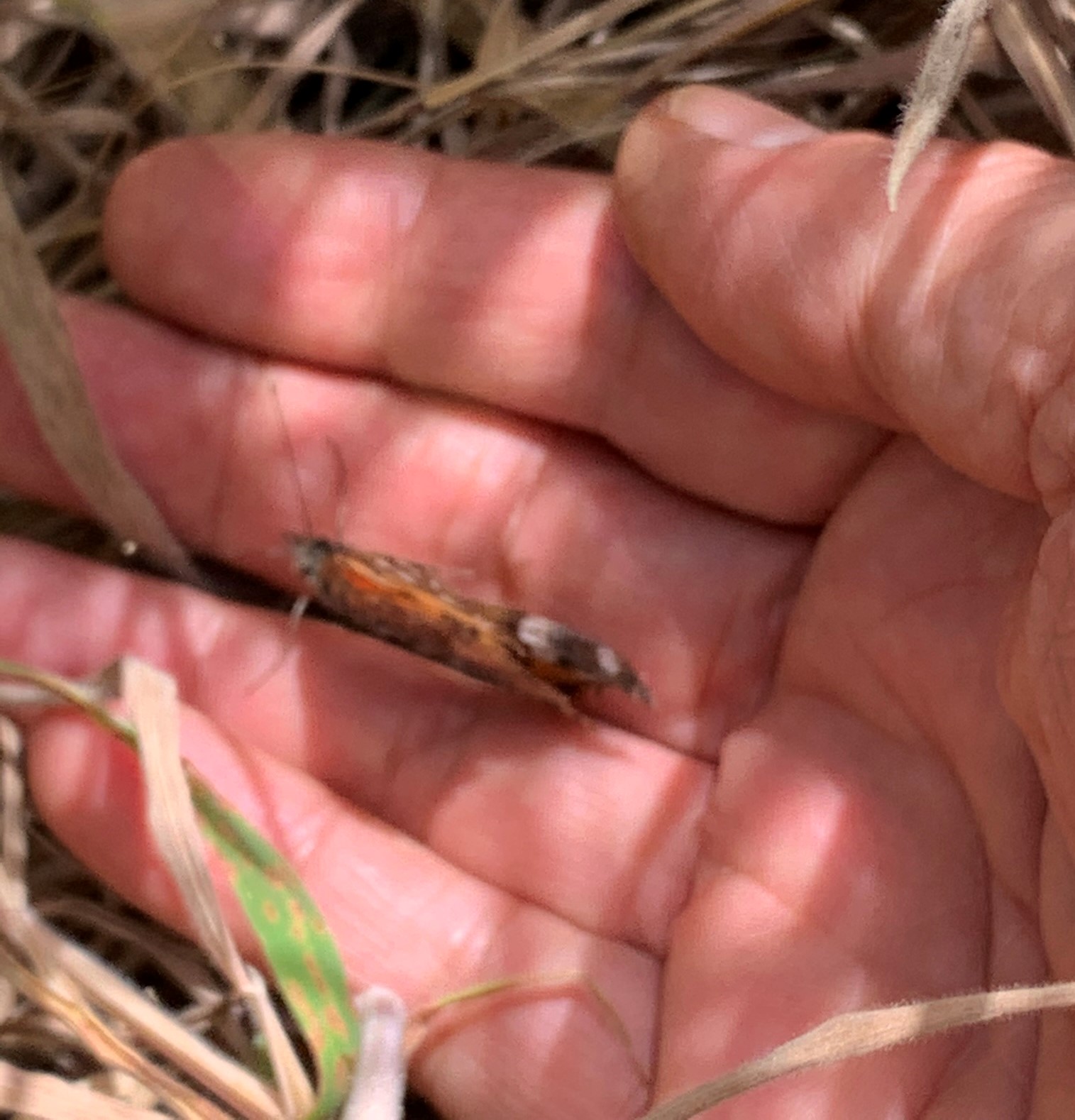 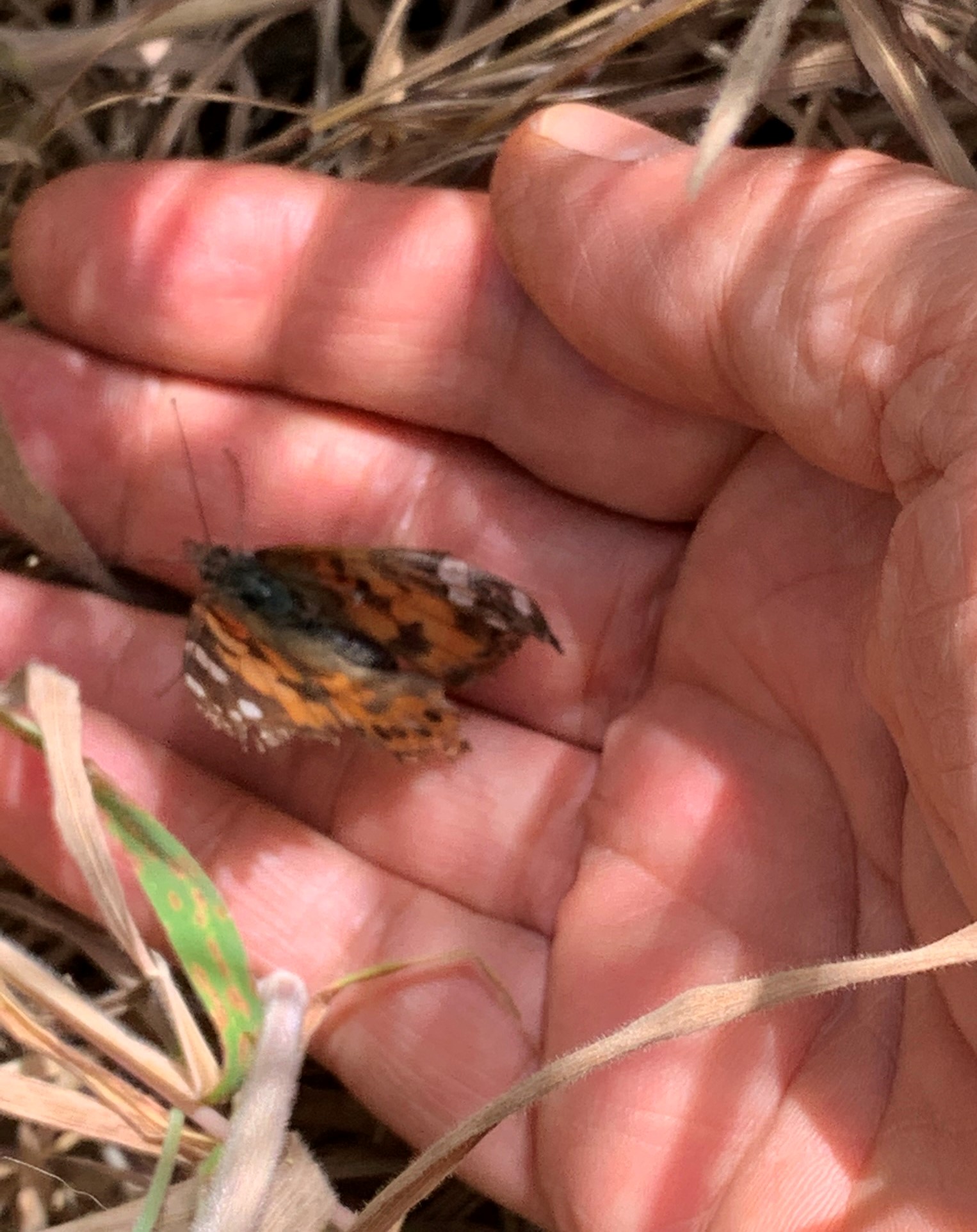 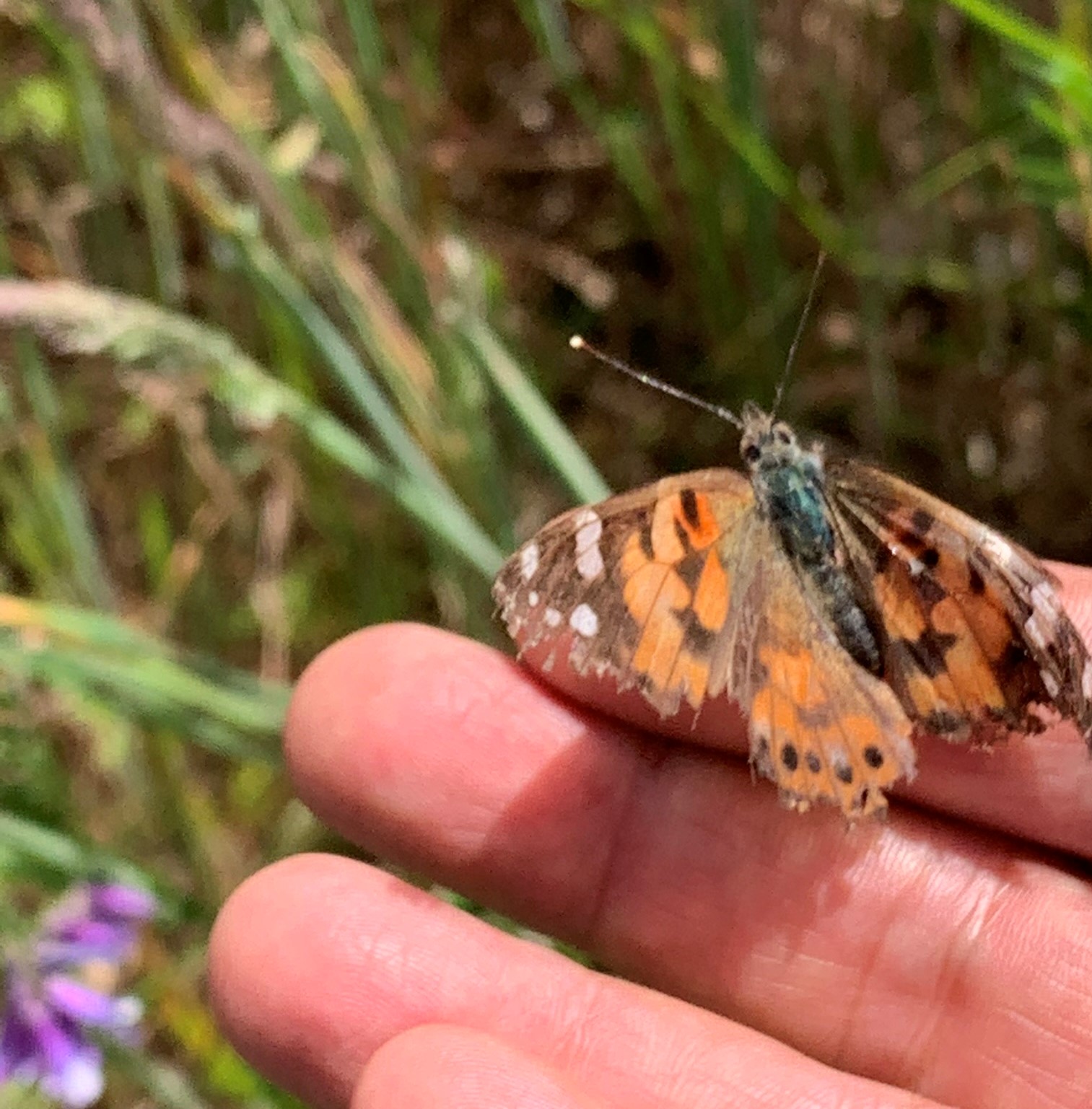 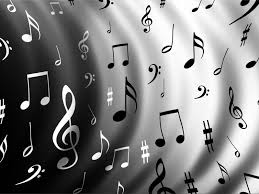 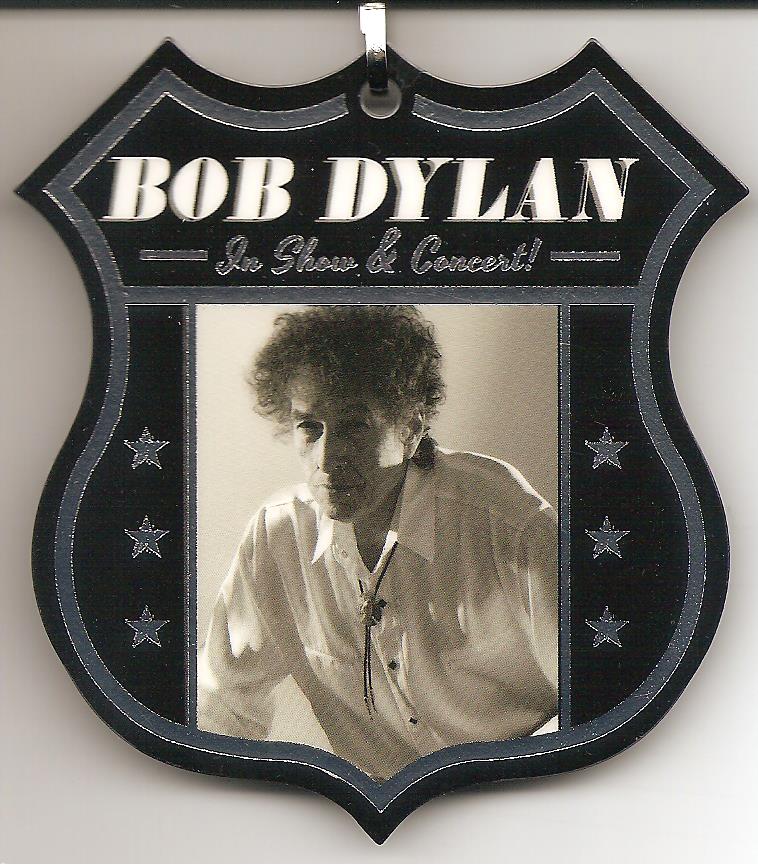 still as can be

All Along The Watchtower 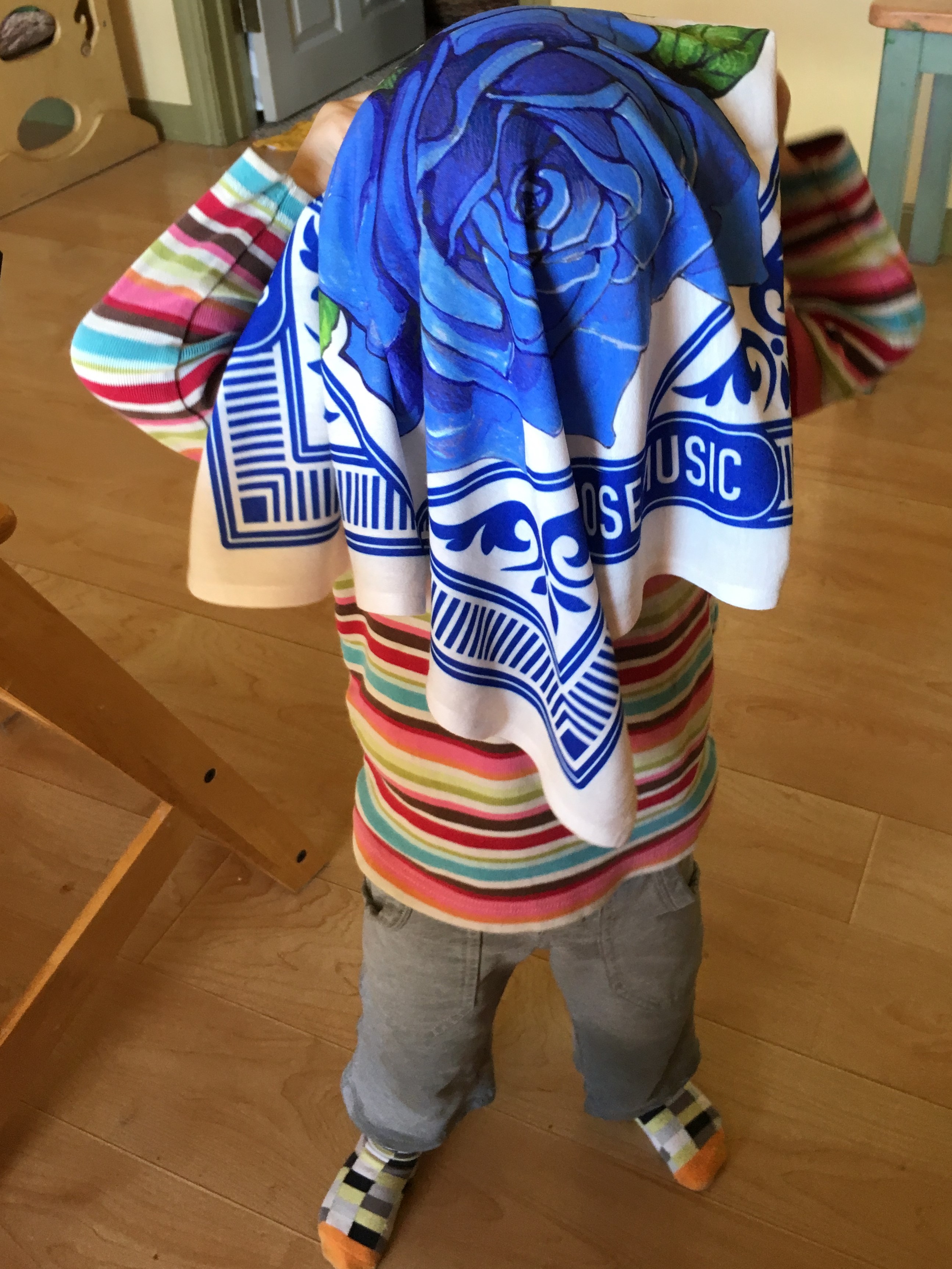 "Playin' In The Band"

Bob Dylan is back on the road to Highway 61. He's added Highway 61 Revisited, Desolation Row and Ballad Of A Thin Man to his nightly repertoire of songs.

"Stormy Weather", the Harold Arlen cover steals the scene . "Duquesne Whistle" sounds and feels like we're in New Orleans during the Jazz and Blues Festival there. The dance floor is rockin’. The scene is buzzin’ “Bob Dylan es el poeta, profeta de nuestros tiempos y gitano universal” of the poet, prophet of our times & universal gypsy. Bob Dylan plays without a break for over two hours, and 21 songs later with "Blowin' In The Wind" & "Ballad Of A Thin Man" in the encore calls it a night.

One of the three nights I have a front row balcony seat centered in front of Dylan when he’s standing & doing vocals. It’s been over four decades since I was last here to hear the Grateful Dead at two of their ESP shows. And what happened at one of those shows, happened here to me tonight. When Dylan picks up the guitar to sing To Ramona energy like a rock moves up my spine in the light of our heart. “Summer Days” is a nice surprise and “Scarlet Town” is unusually inspirational stirring up the best, though slow-paced, in this momentous set. Bob does a new version of “Tangled Up In Blue”, a new musical version where he like transposes keys or chords like F & G or G & F with  new tangled words transitioned in last year’s changes. Same title, new song. Same songs, new suits.

The Capitol Theatre is like a church, a sanctuary, the presence of spiritual essence.

I’m riding the train from Port Chester to Albany heading for Saratoga Springs in New York State. The trip follows the Hudson River and I’m amazed at its length. I’m watching the river flow thinking of the players playin’ in their playful ways like Grateful Dead band members do.

The Grateful Dead band has always been very playful. The way they play their instruments and communicate musically, telepathically, physically, spiritually & emotionally.

The Capitol Theatre is the venue where the Grateful Dead conducted their first ESP experiments....

As I am watching the Hudson River flow I am reminded of three rivers and the stories about each and when Jerry Garcia asks me to play a song for him, late backstage one night. I pick up the Gibson SG. "Don't plug it in, just play", Jerry says.  I play “Mystery Rivers” from my play RAINDANCE, on the guitar. This is the second verse I sing to him:

“I tell you I’m so happy

Livin’ my life the way I do

Playin’ cards with the Magician

Raisin’ the energy elevating the truth

Guided by the rings of Saturn

And make all a dream come true

You can call His name out

Then again maybe time will call on you”

When I return home to California from my trip east there is a package waiting for me from Bob Dylan & his band. Inside there is a clock. 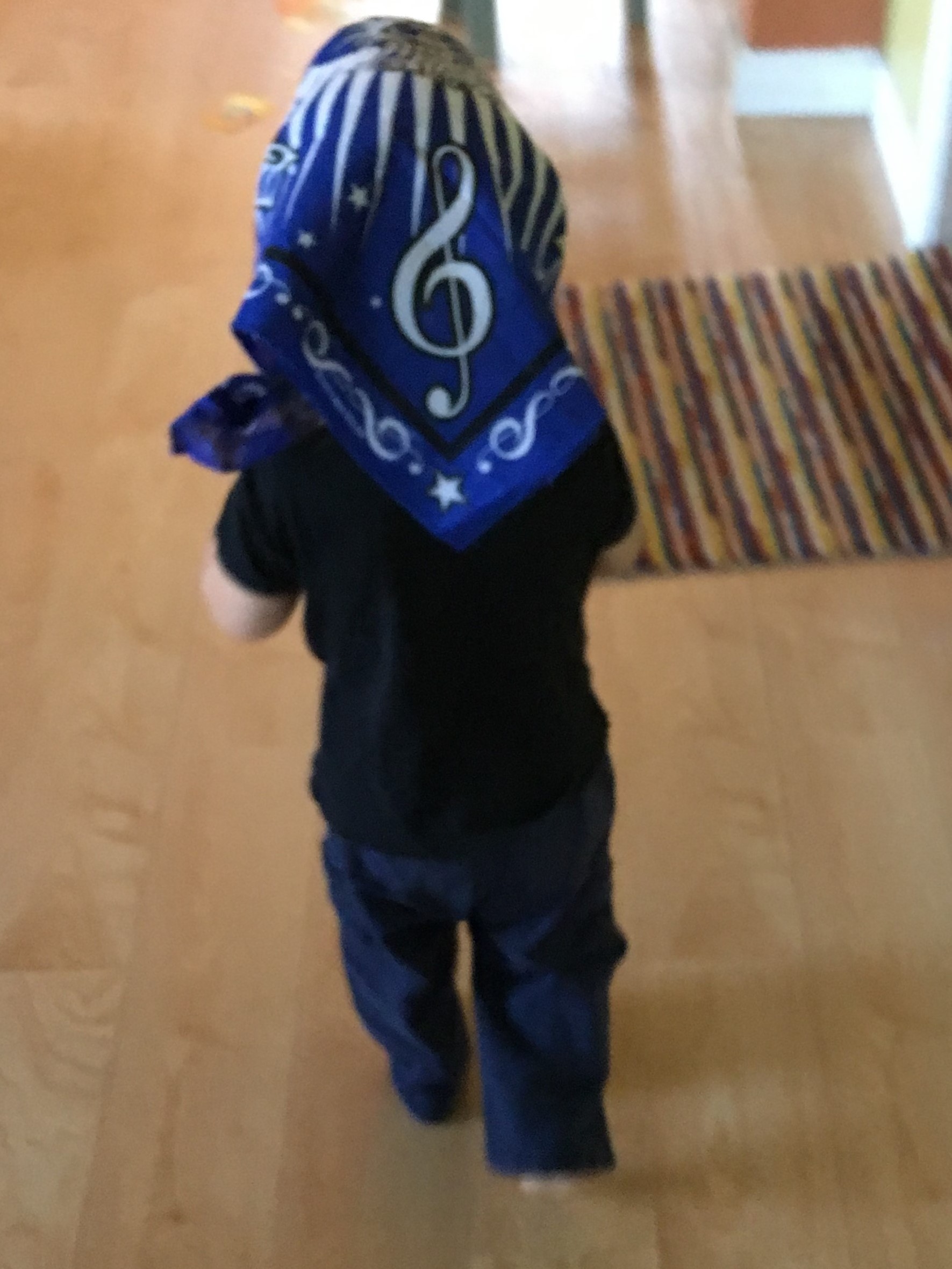 Snapshot of our solar system captured by Voyager 1, 1st man-made machine to fly into interstellar space.

The eye in I ain't no par to the eye in Him.

The place is packed to the rafters. it is mardi gras night at terrapin crossroads and the audience from the grate room come marching into the bar where kiefer Sutherland and his band is performing a free show in anticipation of his great american music hall debut two days later. phil lesh has the best view in the house high up on the back center wall to see the show. local musicians, and there's no place left to park packed audience, find the music truly engaging. kiefer kinda reminds me of robert hunter with his vest, a rare sight of the best, and their transformation from songwriter/actor to musician. many of the people here tonight came out to see jack bauer from the "24" series but kiefer is here in his transition from actor to real life musician. he plays some of his own songs written with  songwriter Jude Cole  for an album to be released this summer “Down In A HolE”. he also plays some excellent covers, tom petty's "Honeybee", and canadian minstrel gordon lightfoot's "sundown". i've heard bob dylan do this song before.  kiefer makes the song sound so familiar. everyone's spirit is lifted with this oldie & goodie tune. he thanks phil lesh & terrapin crossroads for having him perform here and adds, "Mr. Lesh, if you're in the house, you're welcome to come and join me for this song." Phil waves and comes on stage to play bass with the band on "Knockin' On Heaven's Door." Kiefer tells us when he was seven, he treasured the time with his Dad, and riding in a car with him then, his Dad would play this 8track song over and over, "Knockin' On Heaven's Door." His dad is donald sutherland, an actor I first saw in "Klute" & this song is in the movie "pat garrett & billy the kid" released that year, the musical score by Bob Dylan who also played an actor in the film. Here tonight Kiefer is being himself singing his personal favorites with us. The atmosphere is electrified. people forget about jack and enjoy the concert atmosphere surrounding kiefer.

the band exits and the crowd that came in from the Grate Room march back to Lebo & Friends Mardi Gras night. a small group of people gather around kiefer sutherland in the parking lot to pose for pictures. a girl asks me to take a picture of her and kiefer with her camera. I take the picture and she says "No, it's upside down, and you got video on" so she resets it and I hold the camera upright and take a couple shots. "No!" she says, "The camera's not turned on" and the girl next to her offers to take the picture. i hand her the cameraphone and apologize to them. "Sorry, but I'm technically challenged."

Kiefer talks about his ex-wife kelly and how he enjoys his independence in being single. the sounds of new orleans are playing in the background coming out of the grate room. the photo shoot is over and i  introduce myself, "Uncle John."

"kiefer."  and we shake hands. i  recognize the actor whom i first saw in "Flatliners" and followed in every episode of the "24" series.

i tell him "i really enjoyed your music tonight. Especially the last song, it was truly special."

"i really appreciate that. it means a lot to me."  he says and adds "if you'll excuse me I got to go have a smoke and drink."

"enjoy the rest of your night." i tell him.

"NICE to meet you uncle john."

"thank you for tonight," I say, grateful for the show.

"where's jack bauer?" someone outside the Grate Room asks. 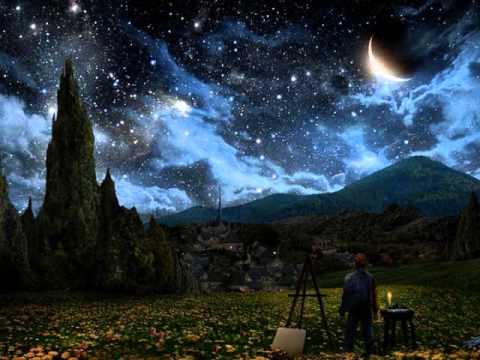 Have You Seen The Stars Tonight?

I'm sitting at a table directly across from Paul Kantner of the Jefferson Starship  & Jefferson Airplane. He's reading the Chronicle and I'm playing one of the puzzle mazes. Paul's profile is facing me and he looks just like an alien with pins sticking out of his ears. I probably look the same to him because we are at an acupuncture clinic and I engage his attention and bring up my musical science fiction play, "Raindance". "In my play, extraterrestrial time travelers intercept the Voyager 1 and capture the Golden Record and listen to it including Chuck Berry's song Johnny B. Goode, and when they arrive on Earth they say, Take us to your leader Johnny B. Goode". Paul and I talk about Jerry Garcia's love for science fiction, Blows Against The Empire, Sirens Of Titan. 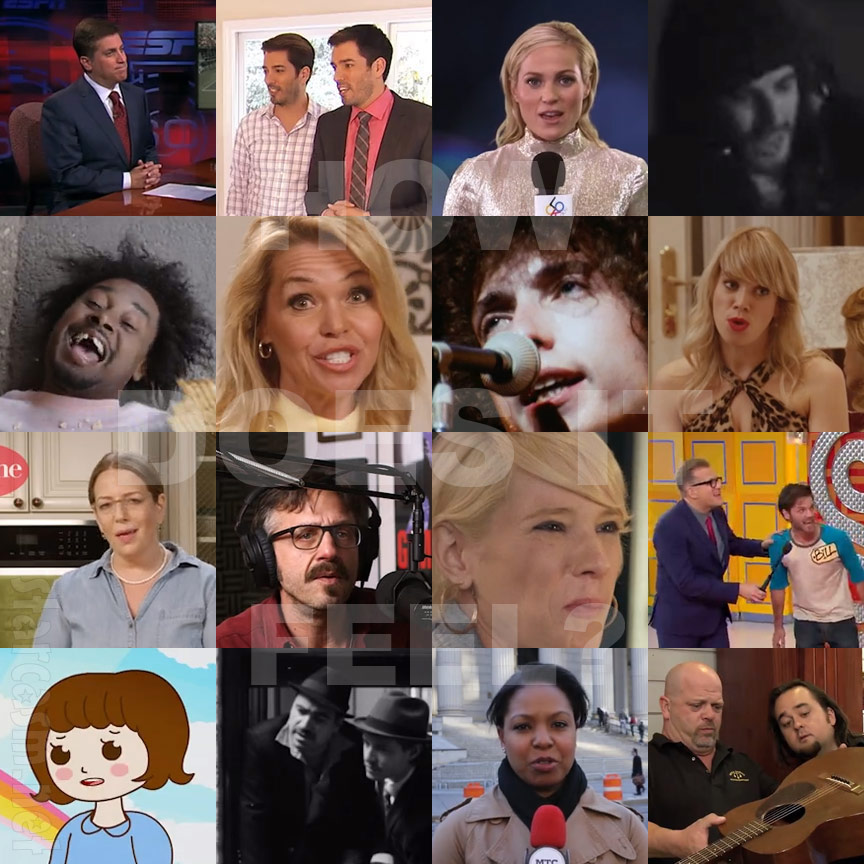 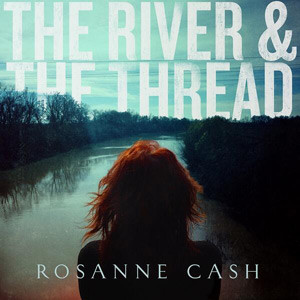 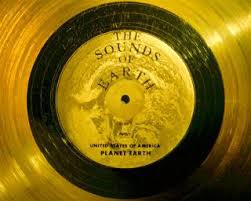 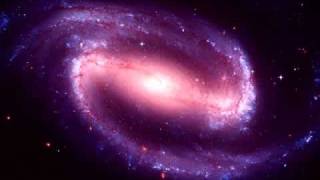 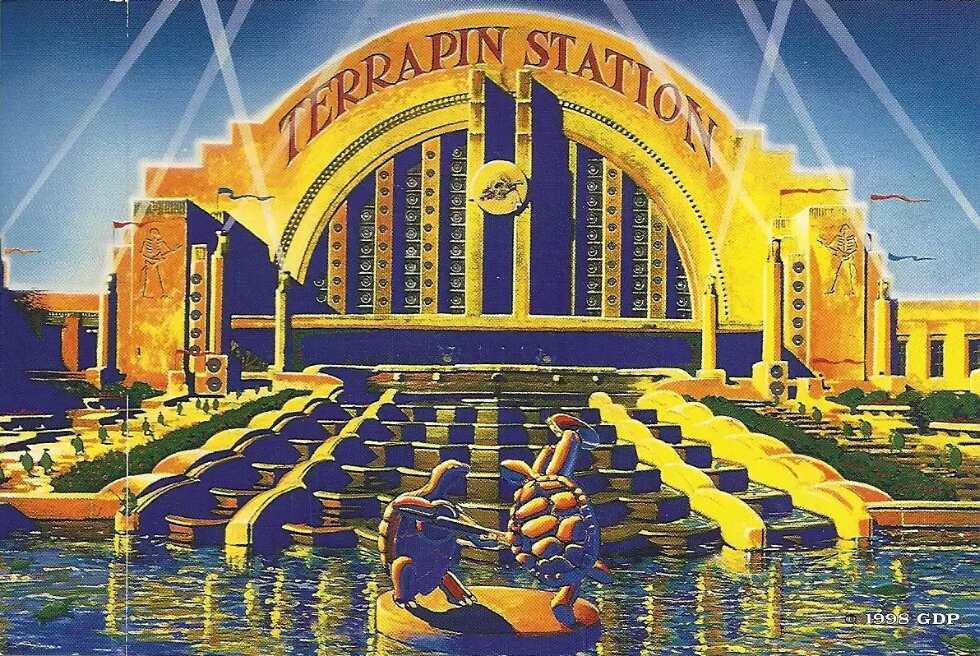 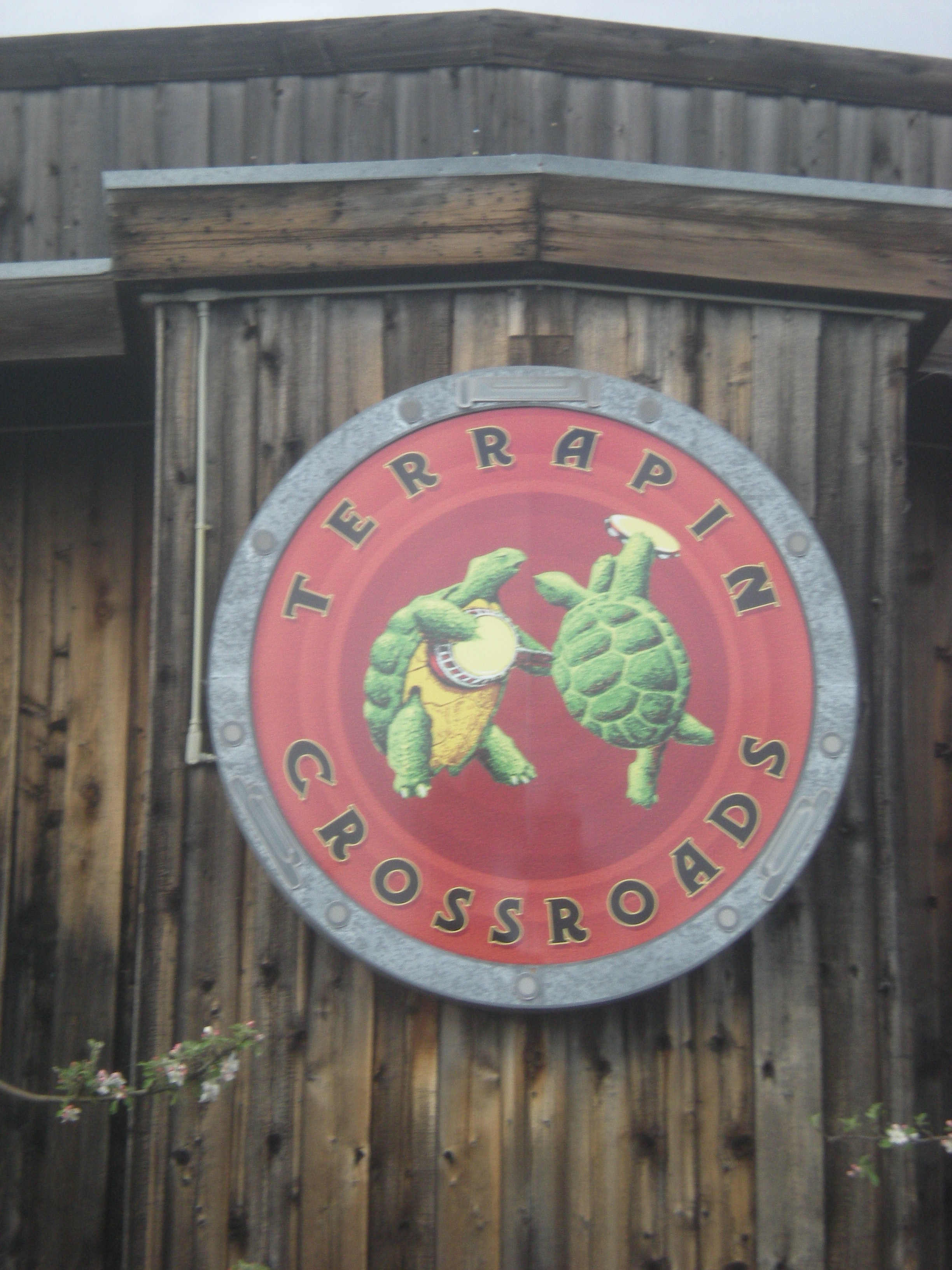 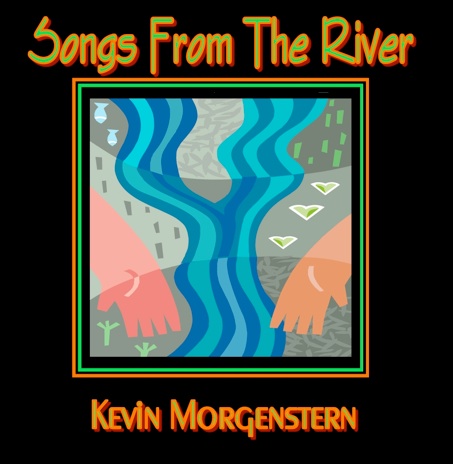 He is the co-author of "BIG WIND"

BLUES IN THE DAYLIGHT 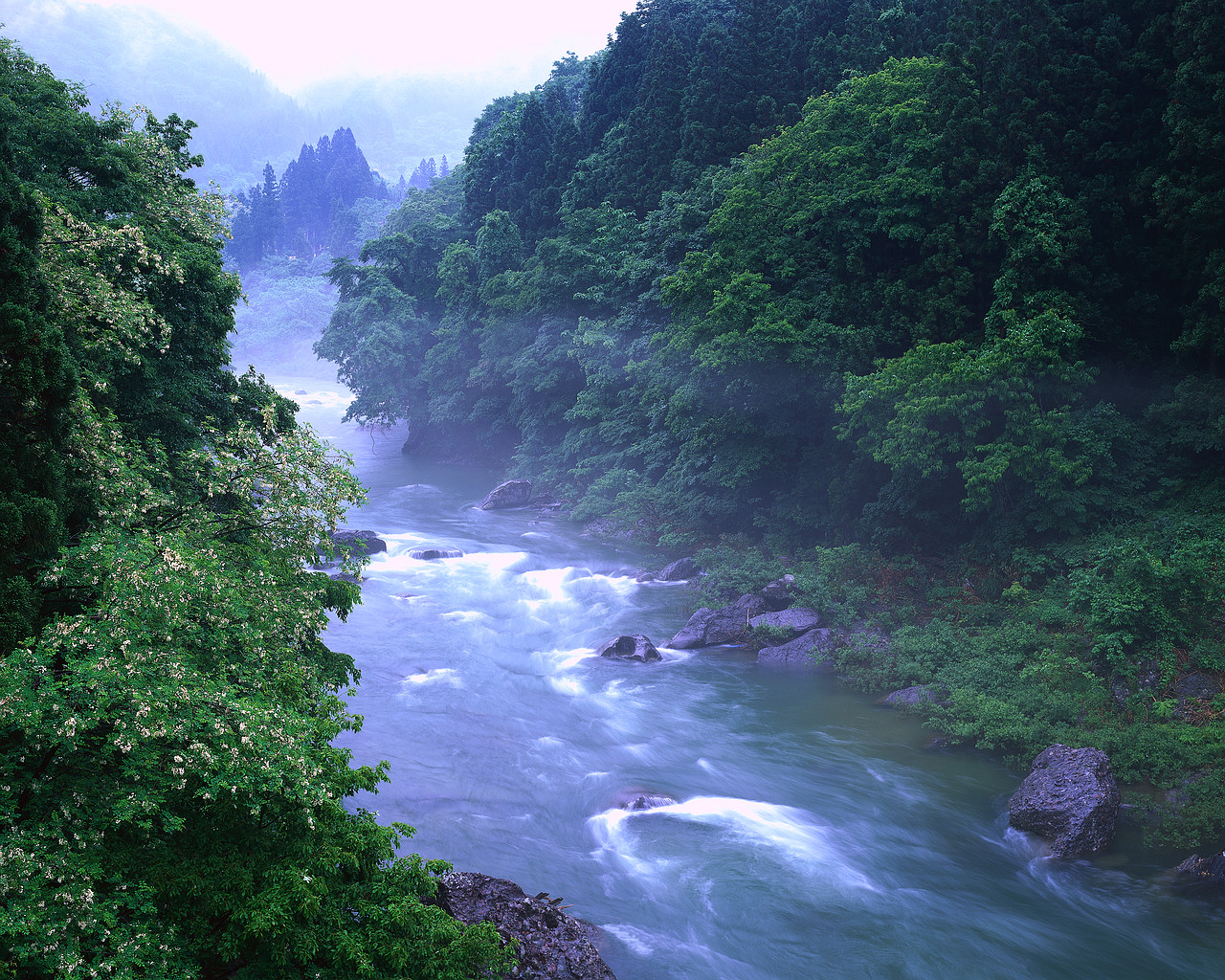