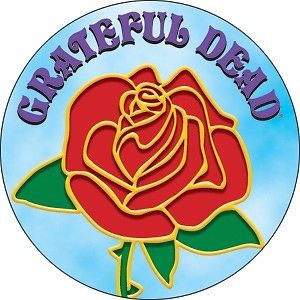 As the Grateful Dead celebrate their Golden Jubilee, we share what some of their songs mean to us historically, spiritually, personally 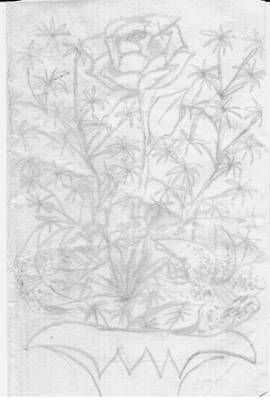 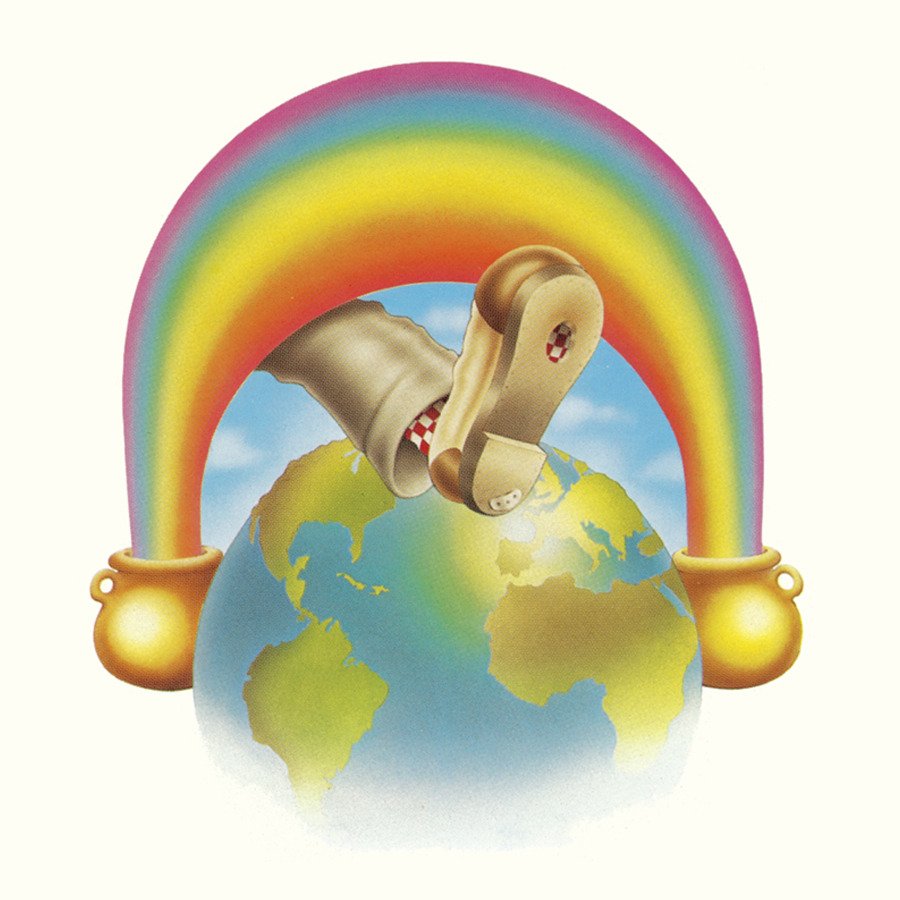 She could dance a Cajun rhythm alright! The first time I see Frankie Weir is as a dancer on the old live rock ‘n roll TV show, Shindig! I first meet her on the phone when she informs me Bobby is at the World Series game in Oakland. They are not married but share the same name.  Frankie is a big inspiration for a song Bob wrote with Robert Hunter called “Sugar Magnolia”. It’s the liveliest, moist danceable song the Grateful Dead do; it’s the most upbeat, inspirational, positive tune that actually has a lot of blood, sweat and tears & love poured into it. It’s a sacred song about nature. It’s a song that reaches into heaven. The music rocks your socks off in waves of vibration, gravity soaring, energy rising in the air and everywhere in the surrounding horizon.

It was wintertime, and I am at the King’s Castle in Nevada to see Bob Weir and his band play. It’s a critical, crucial, worrisome night for Bob, because of something that happened to Frankie. I’m not going to discuss or write about his private life, but most musicians would have cancelled and rescheduled their gig. Bob played his heart out that night. In between songs he would look for his piece of paper, and check to see what the next song on the set list is. Anytime the Grateful Dead were in a crisis they would cling to their music that would elevate and massage their senses, alleviate them from the burden of their thoughts, and keep their focus, to help them through the changes, and bring refuge from a stressful situation. It is one of the best shows he ever put on. He did three encores that night, most memorable, “’Round And ‘Round”, “One More Saturday Night” and “Sugar Magnolia”. We were snowed in and no one could leave the next day. We went to the local pizza parlor and Bob Weir is singing here.

Sugar Magnolia” is Bill Graham’s favorite Grateful Dead song and for many years played an instrumental part in the opening of each new year with that song, playing different characters each year, riding or flying through the air, greeting us as “Uncle Sam” or “Father Time”, ringing that bluebell.

Bill Graham is the producer of each of these shows and plays a part reminiscent of Martin Scorsese, who appears as a character in many of the movies he directs:  as Goodley, the manager of Birdland in the jazz film Round Midnight; as a television director in The King of Comedy, as a stagehand in Raging Bull, as a passenger in Taxi Driver, as a patron at the diner in Alice Doesn’t Live Here Anymore, as a portrait photographer in The Age Of Innocence, as a client in a brothel in Boxcar Bertha, as the interviewer in The Last Waltz. He is producing a documentary for the Grateful Dead’s fiftieth anniversary celebration.

Opening chords set the stage for Sugar Magnolia, blossoms blooming,  as we empty our minds to open our ears, and hearts to listen, and dance in spring, or summer, winter or fall, y’all at peace, high air, rushes rollin’, drop of morning dew, ultraviolet rays, shortest on the musical light spectrum, dawn awakens, walk in the sunshine rising over the seaside, standing on a mountain waitin’ for the moonset day rise, in the wings alive, flyin’ above the dance, spinnin’ in the best air with a wave and a flare, humming the tune until the bells all a-ring and the band comes together to sing & we’re dancing in air!

Phil Lesh of the Grateful Dead and members of the Terrapin Family band are playing their first concert in this new post pandemic year on April 1st, 2021 under the sun at Terrapin Crossroads in San Rafael. The band, with Stu Allen on guitar, are playing “Cumberland Blues” from the Workingman´s Dead album and I´m outside the gates without a ticket standing in the road by the canal listening to the show. Many in kayaks or paddle boards are in the canal. I notice this giant bird with broad wings flying rapidly from the stage area over the canal heading straight towards me. I hear an eagle´s whistle and I assume it´s an eagle until I later look up and see it´s a red tail hawk. I´m looking straight ahead and can feel the bird hovering just over my head. I don´t look up or at the crowd but I feel their eyes on this bird. I hear a couple people call my name and then someone shouts loudly, “It´s Jerry Garcia!”!

It´s a Holy Ghost moment! I´m standing at Terrapin where the roads intersect crossing paths with a bird. This song reminds me that this Grateful Dead sound is in interstellar space. 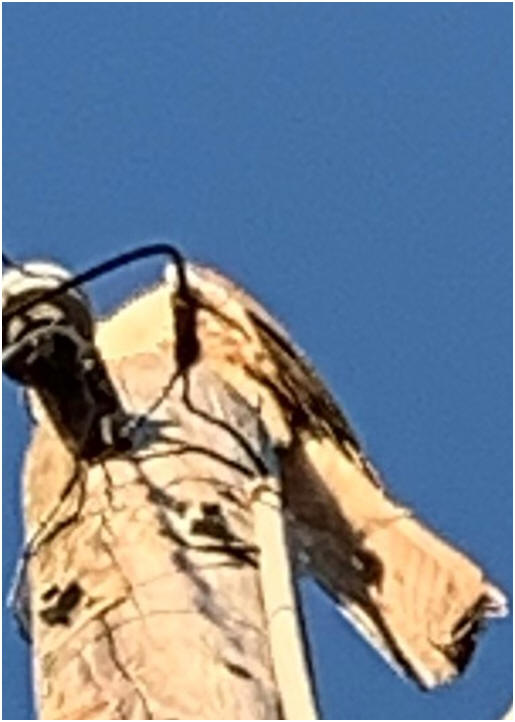 The spirit of Garcia is strong wherever Grateful Dead band members are playing. He shows up at Midnight North too. Sometimes his presence is so real I expect him to show up on a flying horse. I am standing next to a pole and I hear the bird move upward and I look up and see him perch on top of the pole. The red tail hawk is as glorious as the luminous day. He has come to clear the air as a guide with vision, an honest messenger. His message is “let your creative spirit flow”.  He is the gatekeeper to the future who knows the time and the season.

“Does the hawk fly by wisdom?” asks God in the Bible. Not by the prudence of men. He shows us signs in difficult times with the clear sight and sharp sound of a wise, eternal, holy and incomprehensible God.

It took the Grateful Dead 22 years to get a top ten hit, “Touch Of Grey”,  from their album "In The Dark", on the Billboard charts.

I'm riding with Bob Weir in his car in San Francisco one sunny autumn afternoon. We're talking about songwriting and how do you write a top ten hit. While he’s driving, Bobby is talking about having a hit on the radio and how the Grateful Dead would like to make one of those. Suddenly, he calls my attention to the car in front of us. The license plate reads “HIT”.

“Is that God or coincidence?” Bob asks me.

One of the weirdest miracles I’ve seen in my life happened one night when I am driving my cousin, David Remillard, home from a Jerry Garcia concert in Albany, New York.  David is a local firefighter who lives on the same farm he grew up on in Schaghticoke, N.Y. On the ride home, we talk about the Grateful Dead and God. I share with him that the Grateful Dead are different from any other band because of their spirituality, songs referencing the Bible, their universal reach, and love for all the cultures of mankind.

We ride through Mechanicville, then get on a long road leading to Schaghticoke. It’s a new moon and cloudy night and there are no lamps or lights out here. I’m talking to David about God because he’s become a disbeliever. I share stories about the Grateful Dead who have helped me understand without question, the existence of God and the Devil. Suddenly, the car stops and we’re out of gas. I’ve never seen it this dark outside and there are no vehicles in sight.

We have a flashlight, get out in the darkness, and walk around the car in the middle of nowhere. On the side of the road is a clear plastic bottle with something of amber color in it and my cousin says “Johnie don’t touch that. It’s somebody’s urine.” It’s a gallon container and I uncap it. “It’s gasoline” I tell him. “No it’s not, it’s somebody’s piss,” he replies. “We’ll see when we put it in the tank.” He is in shock when the car starts, and I am amazed as the radio comes on and the Grateful Dead’s top ten hit “Touch Of Grey” is playing “We will get by, we will survive.”

“Is that God or coincidence?” I ask David

Standing on the Moon 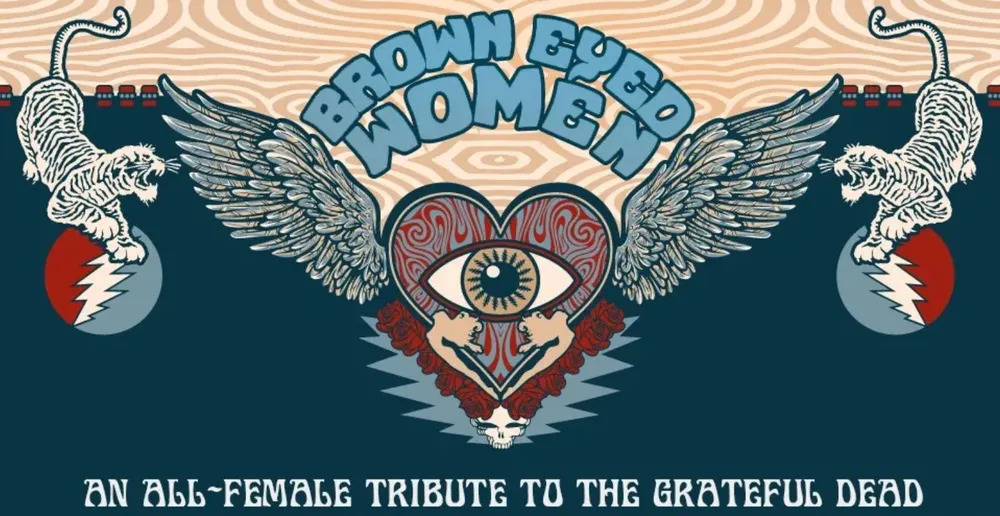 I'm not a Romeo I do not want that fate A simple twist you know The fruit that she gave me I ate Now we laugh and cry Sometimes we wonder why What happens with time In the space where people die Where it is no longer unknown He is not alone anymore I'm back at home Where everyone looks at their phone Going to the mountain Where I remember about Walking on the moon Can I see your prints there? I ask the invisible man Humming a melody

"A beautiful view of heaven But I prefer to be with you Standing on the moon I have no cobweb on my shoe Standing on the moon I feel so alone and blue I see the Gulf of Mexico As small as a tear The coast of California It must be somewhere over here" I remember the last time I came to this mountain in Colorado It's a long, steep journey to the Red Rocks amphitheater Then you have to climb a thousand steps The air is super thin Furthur with Bobby and Phil are playing tonight I'm near the backstage door when the vocalist Jeff Pehrson comes walking and I introduce myself He asks me if I have noticed the moon today I agreed with him that it is amazing to see the moon in this place He tells me he asked Bobby and Phil if they would do the song> Standing On The Moon <tonight, even though it was not on the song list It's like he knows what I have in my pocket "Did you see that moon?" he asks me again  Jeff says he needs to get back on stage and mentions the moon again In my pocket there is a book of matches of the Apollo 14 mission to the moon, from NASA It has passed through space to the moon and back home They say you can not light a fire on the moon The flames of fire do not rise there I give the book of matches to Jeff

"The rainbow was real."

According to news reports that surfaced after this rainbow occurred in Santa Clara, California on June 27, 2015 during the Grateful Dead's show, it was unbelievable to some reporters who raised speculation it was a contrived event. There was a magnificent rainbow arching over the entire stadium, with perfect timing showing up during the final song of their first set on this first night of "Fare Thee Well", and morphing into a double rainbow. Billboard.com stated it was not Divine intervention or Mother Nature's unusual weather. One report claimed the Grateful Dead spent $50,000 to stage this rainbow. An ABC News report stated it was possible. "What a great way to create a buzz, for a run of shows that have been nothing if not buzz-worthy from their very first announcement." After all, the Merry Pranksters were there.  According to reports, the Grateful Dead orchestrated this rainbow by placing 600 special lights on a building two  miles away.  Of course they had to bring in the cloud cover, and a few raindrops fell on this crowd in a rainless drought-stricken time, and for the climax, a spectacular incredible sunset fills the sky. Billboard did a retraction by quoting a Deadhead, "This is the band that jams with God."